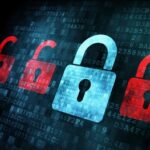 The Wikipedia explanation is the following:

For example, attackers might compromise a certificate authority, and then mis-issue certificates for a web origin. To combat this risk, the HTTPS web server serves a list of “pinned” public key hashes; on subsequent connections clients expect that server to use one or more of those public keys in its certificate chain

Also a good explanation from the same Wikipedia article:

The server communicates the HPKP policy to the user agent via an HTTP response header field named Public-Key-Pins (or Public-Key-Pins-Report-Only for reporting-only purposes).

As shown above, to implement HKPK on Apache, you will need your official public key and a backup key.